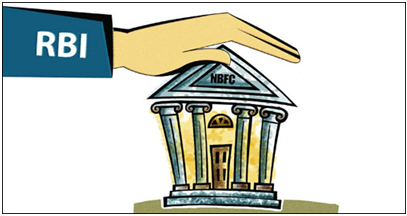 Are you thinking of taking a home loan? If so, you would have already done the rounds of many banks. But there's yet another option that is worth looking at. With leading non-banking financial companies (NBFC) also offering good deals, you should consider taking a loan from an NBFC too.

What's the deal?
On the face of it, there are no major differences between taking a home loan from a bank or an NBFC. Both entail similar rates of interest, have 20-30 year repayment periods subject to the borrower’s retirement age and are willing to lend up to 80 per cent of the value of the property concerned. The usual documents asked for include proof of identity and residence, salary slips, bank statements and property documents. So how do you make the decision?

Of interest to you
First and foremost is the size of the Equated Monthly Instalments (EMI), which boils down to interest rates.

Though banks are supposed to offer the cheapest deals thanks to their access to low-cost funds, in the case of home loans, we found equally competitive offers from NBFCs too.

For instance, SBI is among the banks offering the lowest priced home loans at an interest rate of 10.15 per cent (floating rate), but that is matched by the largest NBFC home loan provider, HDFC. Both do not have differential rates for different loan sizes. NBFCs such as Tata Capital Housing Finance also offer loans starting at 10.15 per cent, but the rates could vary as loan sizes increase. Banks such as ICICI Bank and Axis Bank offer similar terms.

If you happen to be a woman, banks may have just that little edge over NBFCs, as they provide loans at a relatively lower rate of interest for this class of borrowers. SBI and ICICI Bank, for instance, offer women borrowers home loans at 10.10 per cent, 0.05 percentage points lower than for others. But these loans require two conditions to be fulfilled. One, the woman must be the sole applicant or the first co-applicant of the loan. Second, the women should be the sole owner or the first owner (in case of joint ownership) of the property being financed. Leading home loan NBFCs- HDFC and LIC Housing Finance, however, do not have preferential interest rates for women.

Where NBFCs score?
There is one count on which NBFCs have a clear advantage over banks. While calculating the loan amount, an NBFC can assess the value of a property inclusive of statutory charges such as stamp duty and registration. This could entitle you to a higher loan amount. But banks have to exclude such charges.

That apart, with an NBFC, you could also save on the time taken in loan processing. For instance, HDFC takes two to seven days and LIC Housing Finance takes 4-7 days to process a home loan. For SBI, the processing time taken could be 12-14 days if the loan is being taken for a bank-approved project, or up to three weeks if the project being financed lies outside the approved builder tie-up.

With Axis Bank, the process could take five days for a salaried person and seven days for a self-employed person.

What are NPAs? Which Accounts Are Classified as NPA? When an Account is termed as Non Performing Asset?

Lost your password? Please enter your email address. You will receive a link to create a new password.